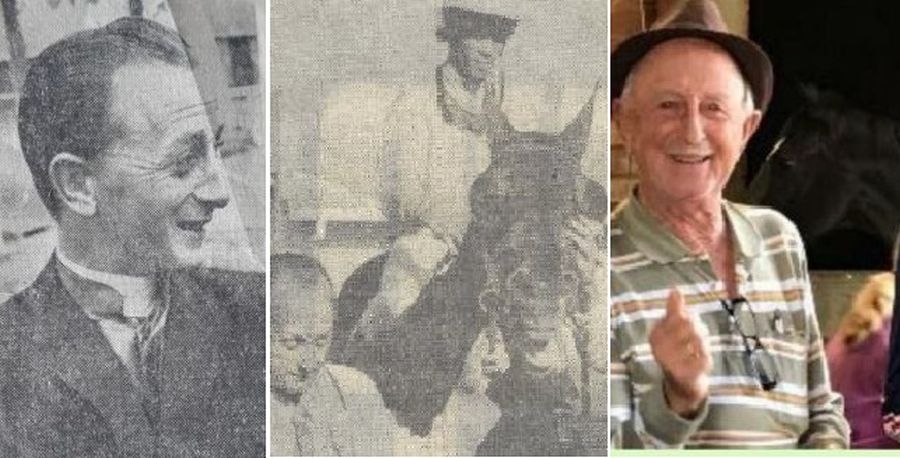 VETERAN horseman Brian de Villiers passed away at his daughter Cathy Beyers and husband Louis Beyers’ home in Port Elizabeth last Sunday, 19 January 2020. He was 80 years old and had suffered from cancer of the stomach.

Brian’s children made every effort to spend good quality time with him before he passed away whilst he was in Port Elizabeth. His son Shaun, who lives in the US, spoke to his father twice every day as he was not able to get to see him in time.

Born in East London on 12 June, 1939, Brian Clive de Villiers always adored horses. He started his career at the age of 12 as an apprentice jockey to trainer H.E. “Cookie” Amos in Cape Town, where he was associated with horses like Top Gallant and Grand Rapids.

Brian resided with the Amos family and was considered to be the son they never had, according to Irene de Villiers. He rode for Amos and various other trainers in the company of erstwhile top riders like Stanley Amos and Johnny Cawcutt before hanging up his boots in the late 1960s.

Brian became the assistant trainer to Cookie Amos until leaving his employ at the end of 1973 and moving to Johannesburg to set up his own training establishment, based at the old Newmarket training centre alongside Henry Eatwell, Jim Brady, Roy Unsworth and JF Coetzee.

Former trainer James Goodman recalls: “Brian and I were close since the day he started training. When I moved to Randjesfontein in the mid-1980s he was soon to follow. Brian, Spike Lerena, Robbie Sage and I were the first four to set up camp at the North Rand Training Centre.

“Brian was  a top man, a kind and humble individual with time for everyone. I never saw him agitated or angry once. He took everything in good spirits. He was a shrewd horseman too, he knew how to line his runners up for a win, he was very good at that.

“One day Brian and I drove to Gosforth Park together, end of the 1980s. I had two runners I thought would win, one I remember was called Princess Titania. Brian had a horse in the last race of the day. I took a few Pick 6 bets and banked our three runners in various combinations, while Brian also took one on his own.

“As it happened all three of them arrived. However, I had a bad headache that day and wasn’t feeling well, I messed things up terribly. I filled in all my betting slips incorrectly and as a result didn’t win a penny! The Pick 6 paid a whopping R256,000 and Brian collected a full winning ticket. I was told over dinner that night that I looked so distressed my face had pulled to one side, it looked as if I had an awkward smile!”

Goodman said that Brian used the funds from his big win to start a restaurant with his son-in-law in Pretoria. “He enjoyed cooking and needed a break away from racing but the venture didn’t work out in the long run and he returned as a trainer.”

Brian trained on his own again for a while, then worked as assistant to Pat Shaw before Shaw left for Singapore. Later he was appointed facilities manager at the North Rand Training Centre.

Lloyd was distressed in hearing of Brian’s death and commented: “I am terribly sorry to hear of the passing of my first boss, Mr de Villiers. He was a wonderful gentleman and a boss that any young apprentice could hope for. I am forever indebted to him as I believe he had a massive impact on how my career eventuated. It saddens me that he will be will never be able to read my biography, he would’ve loved it.” Lloyd rode his first of over 5,500 career winners on Panache (noted above), at the Vaal on January 1978,

Geroudis echoed Lloyd’s words and said, “He was a top man,” – words also pronounced verbatim by multiple champion trainer Mike de Kock, who added: “Brian came to our yard for a cup of coffee almost every day for years when he was groundsman and facilities manager at Randjesfontein. Everyone loved him. He was a handyman, the go-to person for every trainer with a problem. He will be dearly missed.”

Brian also enjoyed a long and successful spell with jockey H “Patrick” Foord, who had to give up riding due to weight issues in 1990. Foord was unable to comment on his former boss’ passing as he was in Intensive Care at the Umhlanga Hospital following heart surgery.

Brian was also most helpful to young trainers starting their careers, among others Diane Stenger and Tara Laing, who paid tribute to him this week:

Laing said: “I can tell you so many stories. Uncle Divy showed a touch of ingenuity to win the Johannesburg Centenary Bowls Stakes over 2 700m at Gosforth Park with his charge Greensome.’’

‘’The six-year-old gelding’s participation in the contest was in doubt 48 hours beforehand. He was suffering from an eye abscess and had gone lame after being shod too tightly on one hoof. The lameness disappeared when Greensome was reshod but the eye abscess was another matter as he would have slowed to a walk had he been struck by a clod in the eye during the race.’’

“To protect the eye, Uncle Divy fashioned a “goggle” from the bottom of a plastic Coke bottle and sewed it to a pair of blinkers. The goggle did the trick and Greensome ran on strongly over the last 200m to catch long-time leader Duke of Marmalad in the final strides and win by a neck.’’

“He was an absolute gentleman, he taught so many “old school” methods that I still use today.’’

“We ate dinner together (compulsory) once every week with himself and his wife Laura at their home. I used his letter of referral when needed. He was the one who told me to apply for the job as assistant to James Goodman that was going at the time.’’

“Uncle Divy was the kindest, gentlest human being, with a brain like an encyclopaedia when it came to horsemanship. He had the best home-made recipe for “baby coughs” or pharyngitis… three days on his meds and they were all clear. They were all-natural products, which I also used for many years, but unfortunately modern days have ruled out some of the key ingredients, and there was no comparison!”

Cathy Beyers summed it up: “My father devoted his life to horseracing, one way or another. We will miss you, our Pops. You were always someone we could depend on and look up to!”

Indeed, the entire racing fraternity will miss Brian de Villiers, one of the last remaining old-school gentlemen of the South African industry.