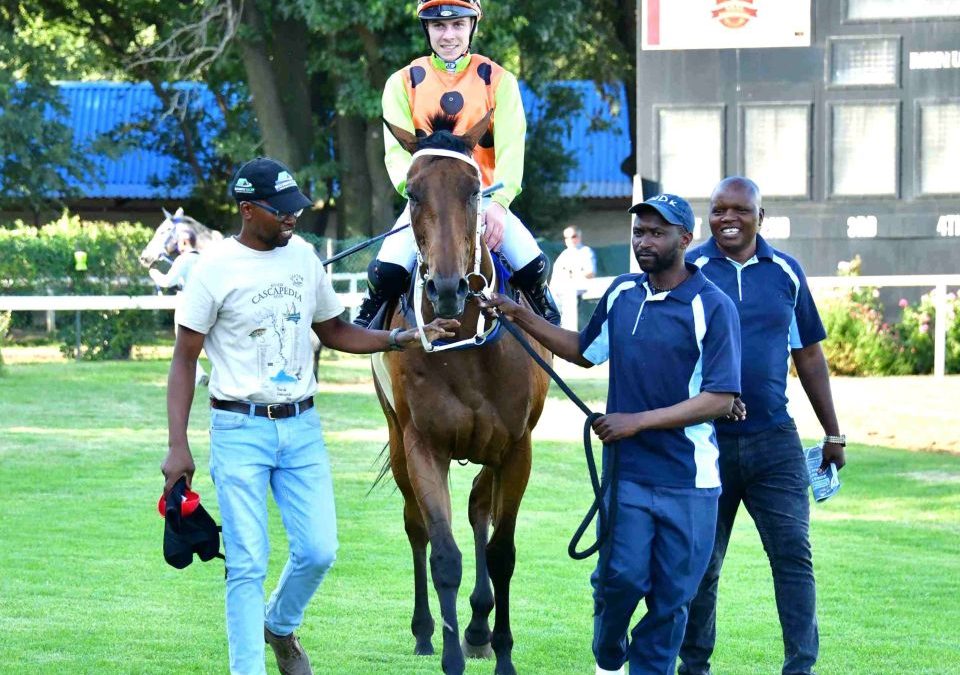 FRENCHMAN Jerome Moutard rode a winner on his first South African opportunity at the Vaal on Tuesday, booting home Mike de Kock’s Flaming Duchess (16-1) in a MR72 Handicap at the Vaal.

Moutard looked like’s he’d been to the Vaal a hundred times before. He judged the often tricky straight 1400m very well, switched his mount for a clear run at the business end and rode her out confidently.

“Jerome doesn’t speak a word of English, he contacted me through Jehan Malherbe to ask for a ride during his working holiday. I have a soft spot for the French due to my long association with Christophe Soumillon and Jerome did nothing wrong, he rode a perfect race,” Mile said.

Flaming Duchess (Duke Of Marmalade) is owned by in-form Dave Maclean, and was recording  a back-to-back victory.