Duke Of Spin dazzled with his finish 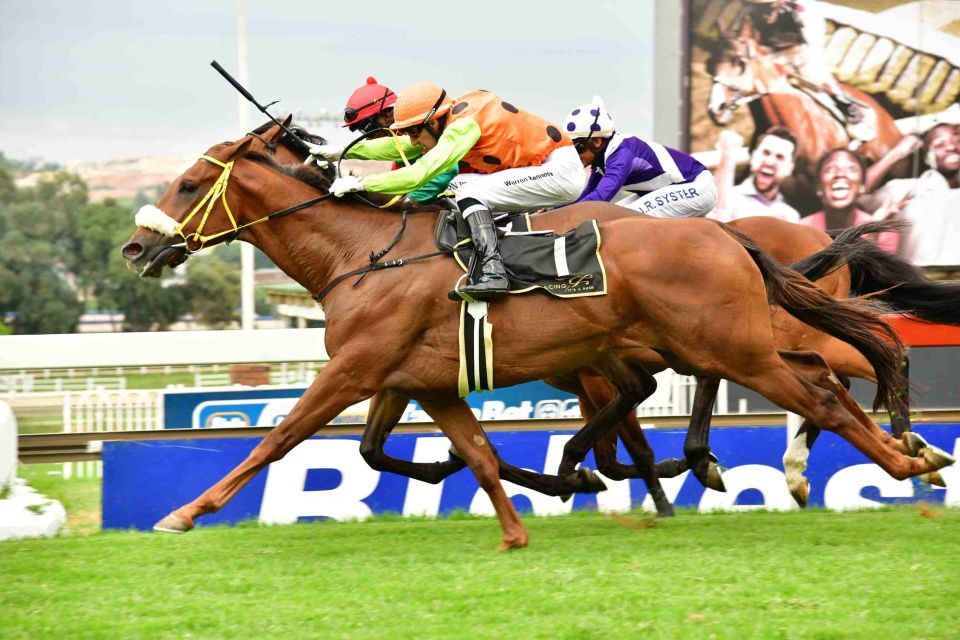 Duke Of Spin (nearest camera), gets up to win

WITH just 200m of a MR96 Handicap over 1600m at Turffontein on Saturday to run, top weight Duke Of Spin was going to finish a clear third behind Captain Flynt and Hidden Agenda.

He reeled both of them in with a riveting late burst for jockey Warren Kennedy and won by a short head from Captain Flynt, Hidden Agenda a neck further back.

“Duke Of Spin has been well tried, exposed at a high level,” commented Mike de Kock. “He’s had one or two issues which we’re ironing out slowly but surely.

“He’s a nice horse. If he continues the way he is, getting sounder and sounder, he’s got a good win in him along the line.”

Owned by Dave Maclean, Duke Of Spin is a Varsfontein-bred by Duke Of Marmalade.