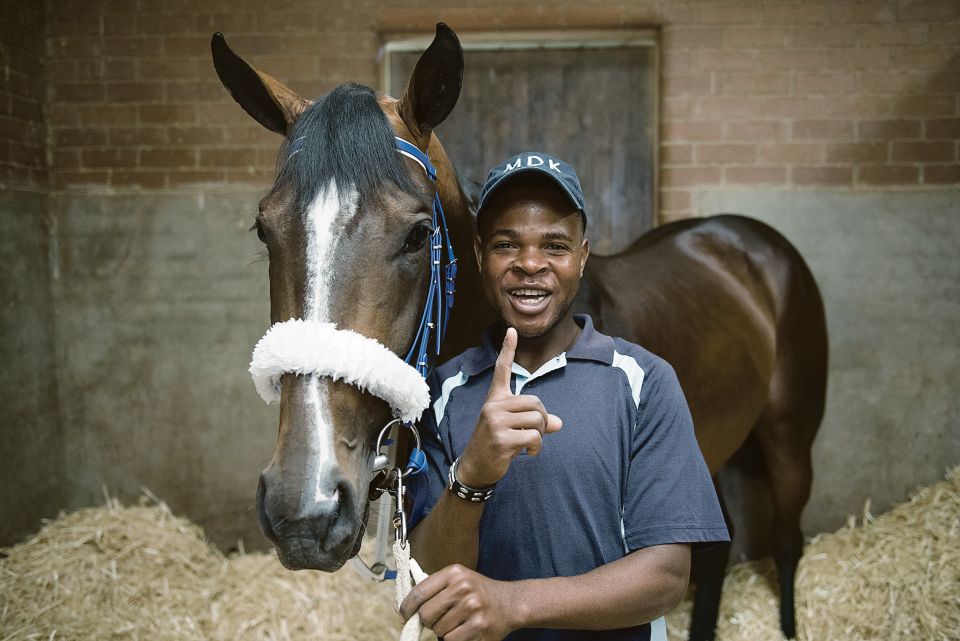 IT is no secret that there have been misguided narratives circulating on multiple media platforms regarding the relationship between trainers and grooms over the last few months, writes BONGINKOSI NKOSI of Racing Express.

The story of Talkmore Masawi, the groom of Gauteng Summer Cup second-favourite Barahin, is a bit of a tearjerker but for all for the right reasons.

Masawi was born partially deaf and because he grew up in a poverty-stricken rural area in Zimbabwe, with parents who couldn’t afford a special needs school, he was denied the opportunity to receive any sort of formal education.

Because I was somewhat a surprise visit and he had left his hearing aid at home, Masawi’s older brother Vengi Masawi – who plays the role of assistant trainer alongside Mathew de Kock – was kind enough to sit in on the interview and represent his brother.

“I got Talkmore into this business, but our journey started in Zimbabwe,” said Vengi.

“I used to work for trainer Lisa Harris during my come-up and one of the horses I looked after was Earl Of Surrey, who was an exceptional racehorse.

“When we raided South Africa with him, I stayed behind and wound-up working for the Gary Alexander yard for about six months.”

The link between the Masawi brothers and Mike de Kock was made possible by Zimbabwean trainer Sharon Patterson.

“That connection is what changed our lives for the better,” assured Vengi. “I am forever indebted to the De Kocks. They are the reason my brother has hearing aids and a job.

“I don’t think there is a boss in the world who would be willing to spend their own hard-earned money to educate an employee.

“The De Kocks sent me to school and I’m grateful because as we all know, education is the secret to life.”

Vengi went as far as saying Mathew has become more of a brother to him.

“He always teaches me new things and he is the one who encouraged me to shadow Malan du Toit (the horse whisperer) so I can learn more about horses.

“Mathew is the reason I have been a part of Hawwaam’s career so far.”

Talkmore started working for De Kock about four years ago and the first horse he looked after was the now globetrotting Mujaafy.

“It is amazing that his first horse was that good,” said Vengi.

“He also looks after a very promising sort in Wallaa at the moment. My brother loves horses and he is very excited that his favourite jockey Bernard Fayd’Herbe is back on Barahin for the Summer Cup.”

When asked which horse he thinks will win this year’s R2 million spectacle, Vengi chose to exercise caution.

“I’m very confident that one of our five horses will win on Saturday. Queen Supreme is flying at home and the exact same can be said of Soqrat and Barahin. They can all win – don’t leave them out of anything.”