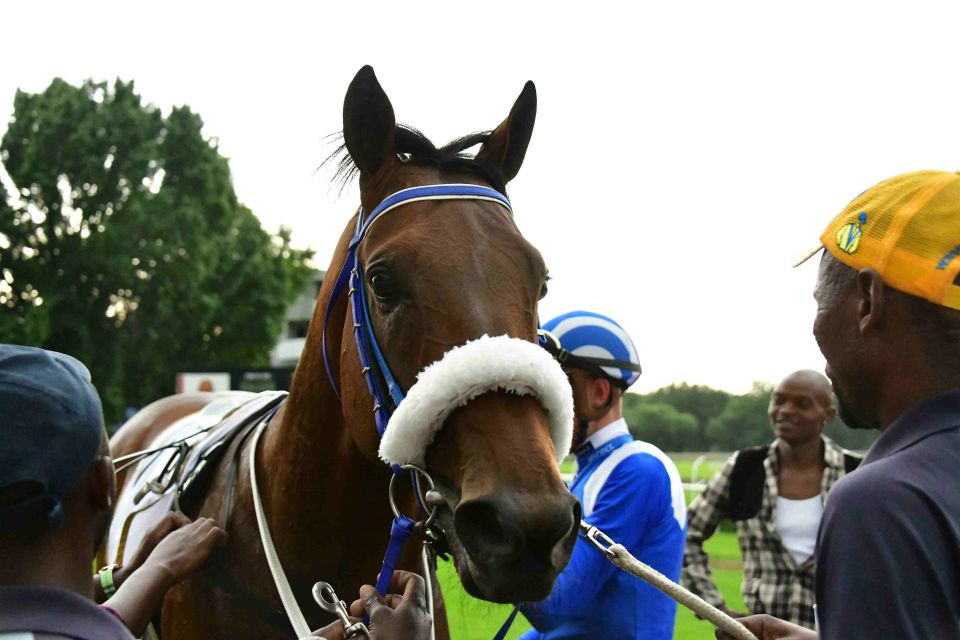 MIKE de Kock and Callan Murray continued on their merry magical winning streak with the 4yo Soqrat putting his hand up for yet another Cape Summer tour with an emphatic victory under top weight in Saturday’s R350 000 Gr3 Victory Moon Stakes at the Vaal.

Mike was looking for a big performance over the 1800m from the impressive product of Australia and the ever improving 4yo duly delivered, showing he has the legs to go the 1800m – and maybe further – when shunting all the way to the line off a decent pace.

“He is a dual Gr1 winner and Angus Gold was leaning towards retiring him. But I’m glad we agreed to stay racing as a 4yo. I’d like to see him take a few of them on that he finished behind last season. He has furnished. He is getting stronger. I don’t think I will be recommending the Summer Cup to the connections. They have Barahin in there – why clash? The Cape is looking like an option rather,” added the in-form trainer, with a firm word of caution.

“But with the travel restrictions now, given the AHS outbreak, if the visitors can’t go down to the Cape then they really don’t have a season. We need to allow travel. If we don’t have the confidence in our own local movement of horses, how can we expect the world to believe in us?“ he quipped.

A few hours earlier, news broke that an AHS case had been reported that could impact on movement from Randjesfontein to the controlled areas.

Bred by Shadwell Australasia, Soqrat who races in the internationally recognised blue and white of Sheikh Hamdan bin Rashid al Maktoum, is by Epaulette (Commands), a multiple Gr1 winning sprinter.