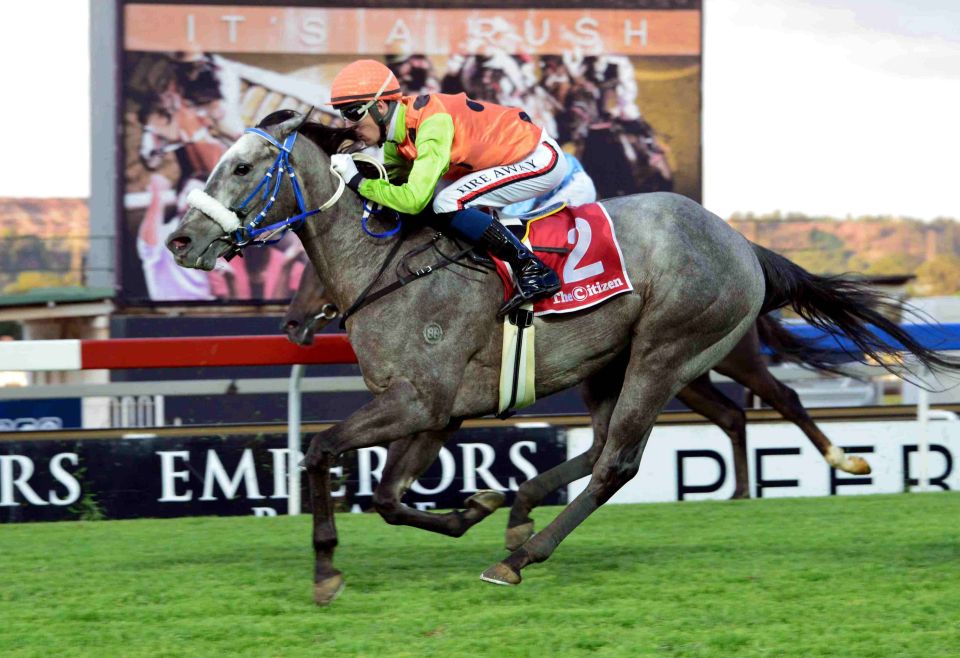 IN Saturday’s Gr3 Graham Beck Stakes over 1400m at Turffontein,  Mike de Kock’s 7-1 chance Frosted Gold showed his class after a 14 week break, and underscored his trainer’s opinion that he was an unlucky loser of the Gr1 Gold Medallion back in May.

Jockey Craig Zackey is riding with renewed vigour since returning from sick leave, and he rode a brave race on a galloper he described as a ‘very good horse’.

“The loose horse was out for me,” he laughed saying that the riderless On My Mind ‘almost put me over the rail’.

Frosted Gold unleashed his effort off the inside rail at the 300m and ran on powerfully to hold the filly Magic School (22-1) by a length in a time of 86,34 secs.

Mike paid tribute to the patience of owner Dave Maclean, who is running the New York Marathon on Sunday.

“He is a horse that has had his issues. Frosted Gold has had the Vets and Physio’s – Dave Maclean has been a soldier and it is a deserved success,’’ he added, quipping that Anton Marcus had missed out on two feature winners on the day.

The winner was purchased by Form Bloodstock off the Blandford Lodge draft at the 2018 Melbourne Premier Yearling Sale for A$180 000.

He is by Vinery Stud’s All Too Hard, the Champion Three-Year-Old Colt in Australia in 2012/13 and a half-brother to Australia’s famous galloper Black Caviar.

Frosted Gold is out of the Verglas mare Mary Dór – a winner in France and a full sister to Gr1 performer, Stormy River.

The Dingaans could be next up for Frosted Gold. – Sporting Post.