Barahin hit them for a six! 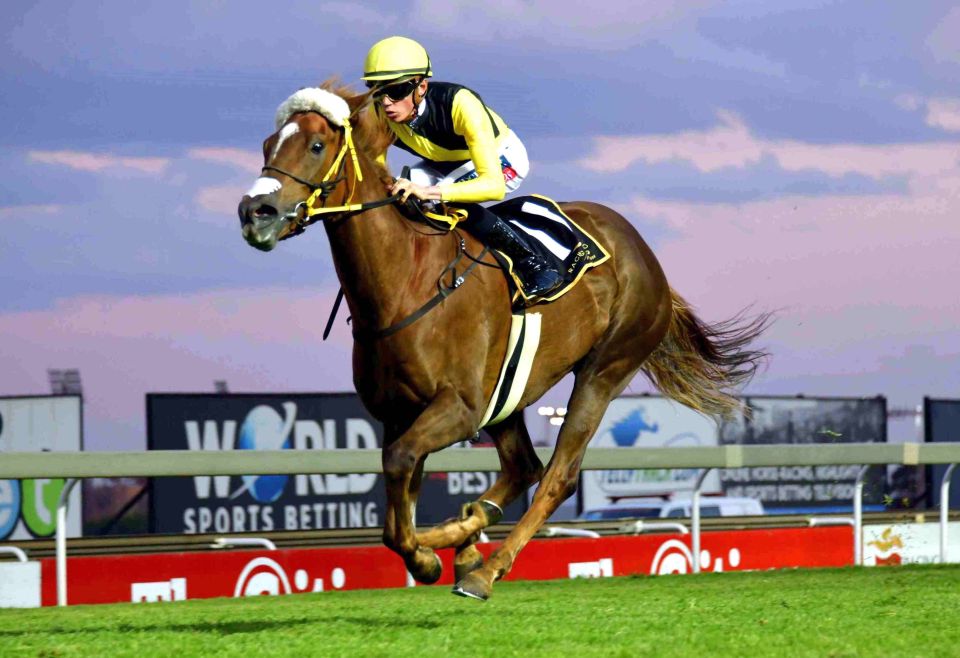 SATURDAY’s Gr3 Yellowwood Handicap over 1800m at Turffontein was a race that was always going to be at the mercy of Exceed and Excel’s daughter Queen Supreme (IRE) and punters and race watchers were delighted to see one of the day’s “good things” arrive in thrilling fashion.

The details leading to the last 400m of horse races are often on the boring side. So let’s focus only on Queen Supreme moving up oh-so-smoothly at this point, taking command and putting her rivals to bed, in a deep sleep too.  Her winning distance over the capable Ronnie’s Candy was 4.25-lengths.

“I knew what I had under me,” said jockey Callan Murray, himself a picture of confidence since his return from Singapore (though it seems he can do with a good meal!).  “Queen Supreme is very smart out of the gates and she puts herself in the race. She makes my job easier, and she’ll improve in leaps and bounds.”

Mike de Kock agreed, saying: “She was very impressive today, she is getting better and better.”

In good spirits after the stable’s fifth success of the day, Mike said: “There is nothing better than to win with mates, the partners in this filly are JJ “Van Tingeling” (Van der Linden), Larry (Nestadt), Jessica (Slack) and Jehan (Malherbe). We bought her in Ireland. This is what it’s all about!” Yes, like doing the Hokey Pokey. Easy.

Mike added: “Queen Supreme is headed for a Grade 1. She’s Paddock Stakes and Sun Met material, she’s that good. Our next stop will probably be the Paddock Stakes, though we’ll have to deal with travelling to Cape Town which is never easy.”

New AHS vaccine to be used in Sudan

Wave of high-profile support for SANTA against NHA