“We need a little help from our friends!”

A sparkling confidence-booster for Gin Fizz 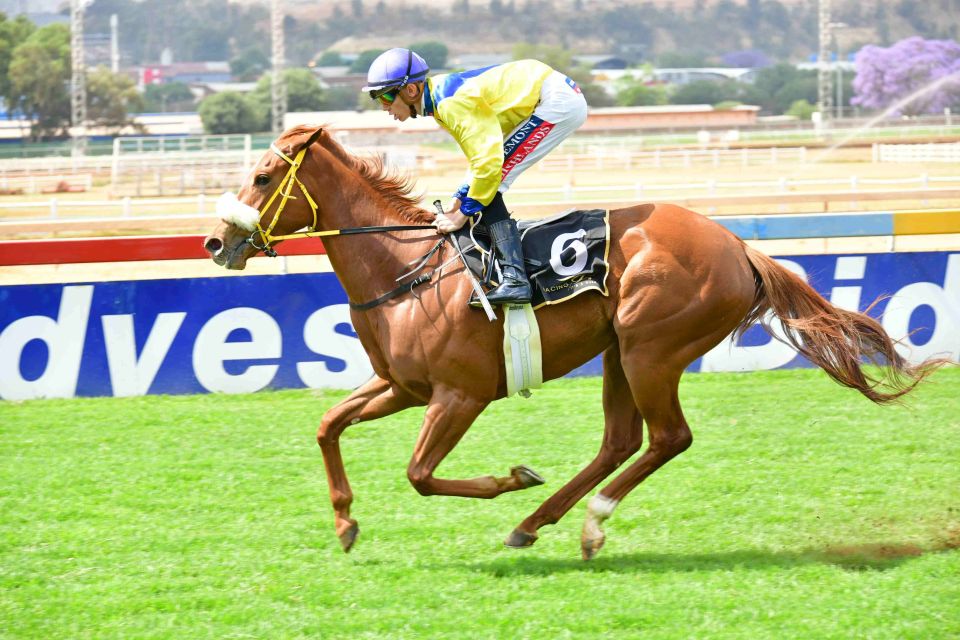 TALLINN (Callan Murray) drew clear to win a MR91 Handicap against the colts at Turffontein last Saturday BY 3.25-lengths, signalling that she is a possible Cape Fillies Guineas contender. She remains unbeaten after three starts.

Aside from the fact that she was impressive in a competitive race, Mike de Kock said about this talented three-year-old:  “Sheikh Mohammed bin Khalifa Al Maktoum gave Jehan Malherbe and I an instruction to buy one yearling at the 2011 National Yearling Sale. We found Vercingetorix, who was consigned by Duncan Barry of Riverton Stud after he’d bought the colt as a weanling from Klawervlei on behalf of the Groom’s Trust. They made a tidy profit after we bought Vercingetorix for R1,4-million.

“At the 2018 Cape Premier Yearling Sale we told Sheikh Mohammed that we should support Vercingetorix at his first sale, and we bought Tallinn for R225,000 and another, Vaseem.

“We are proud today that we managed to secure Vercingetorix and this filly looks like she’s progressive enough to be aimed at the bigger features.”