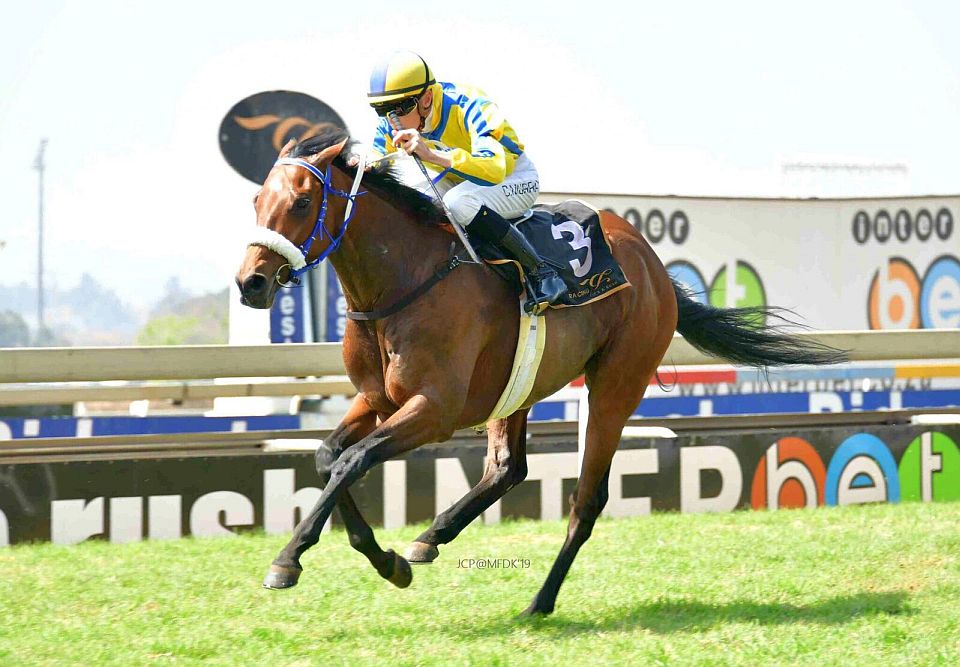 PORT Key posted his second win from three starts with a workmanlike success in a MR72 Handicap over 2000m at Turffontein Saturday.

This was a small, competitive field and jockey Callan Murray timed his run on Port Key well. Kurt’s Approval broke away from the chasing pack with 500m to run, but Murray kept him in his sights, got Port Key balanced and into full stride.

Port Key pegged back the leader with 100m to go and while the winning distance was less than half a length, he won with a a little something in hand.

“I was a bit worried that this was Port Key’s second run after a long layoff, but he came through for us. Well done to my partners Dave MacLean and Costa Livanos,” said Mike de Kock.

Port Key, he said, had suffered a fetlock injury which took time to heal, but he was sound now and can win again. “He has started on the right mark in the handicap and has scope,” said Mike.

SA’s Save Our Jocks Campaign